Board of Management Biographies

Wexford native, Éamonn Murphy became Chairman of WEC Group in 2017 after having spent the previous three years on the board. Currently he operates in a business advisory capacity, specialising in advising on strategic development with a particular emphasis on financial sustainability. He also operates his own French Chalet rental company.

Éamonn received his primary degree in Food Science from Carlow IT and went on to study Strategic Management at the London Business School and Economics through the Independent College, Dublin. Initially working in the area of food science with Wexford Creamery & Cow & Gate, he later joined the family business of Wexford Glass company and grew it substantially to establish Wexford Viking Glass, where in 2007 he successfully exited as Managing Director of his family-owned business.

His commitment to his community of Wexford is extensive. Presently he also serves on the boards of Wexford Local Enterprise Office (LEO), (2003-present) and LEO National Appeals Panel, (2017-present). In the past Éamonn has also served on the boards of the Wexford Arts Centre, (interim CEO, 2005-2009), Westgate Computer Centre, Adult education group (2008-2010) and Wexford Chamber of Industry and Commerce as President (2003-2005).  He is also a founding member of the St. Vincent de Paul Third Level Education Support Group and volunteered with them from 2014-2016.

Éamonn has a grown-up family and is a sports enthusiast. He is an avid cyclist and skier. He has acted as a ski leader/guide with Ski Club of Great Britain since 2008 and as a ski manager with Powder Byrne UK since 2017. 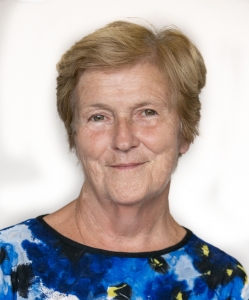 Eleanor has been involved with WEC since it began in 1986. She was one of an ambitious group who sought to address ways to combat the extraordinarily high unemployment rate in Wexford. Since then, Eleanor has been at the fore of the expansive physical and social enterprise development of WEC.

Her dedicated work in the community development of Wexford began initially through her involvement with the Wexford branch of Junior Chamber, an international leadership training organization which encourages young people to participate in efforts towards social and economic development. As the Wexford branch President, Eleanor was pivotal in securing the European Conference to Wexford. Ultimately she went on to become the National President and served for a time as an international officer for the European Jaycees.

Eleanor is a current board member of the National Opera House, Wexford and is a former board member of Wexford Festival Opera, where she remains active today, managing the 300+ volunteer corp. She is a director of a local community childcare facility and in past years she has also volunteered with the No Name Club and Alarm units for the Elderly Stroke Club.

Professionally, Eleanor trained as a speech therapist, having received her degree at the Royal College of Speech and Language Therapists (RCSLT) in Dublin. She returned to Wexford as the first full time speech and language therapist for the County where she became the service manager for over 30 therapists in addition to maintaining her own caseload. 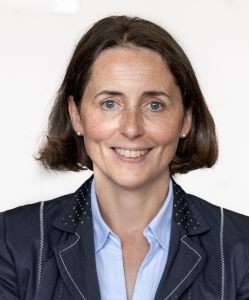 Ann returned home to Wexford having enjoyed an international banking career in the UK and South Africa for twenty years. She brings with her solid experience from her progressively senior roles across the disciplines of governance, risk, and global client relationship management, coupled with extensive multicultural and multi-market exposure.

Ann holds an M.B.A. from University of Surrey and a B.A. (Mod.) Economics and Business Studies from Trinity College Dublin. She is currently undertaking further governance studies. Ann continues to lend her skills and experience to the greater Wexford community and serves on the board of the Wexford Arts Centre and as Chair of its Governance Committee. 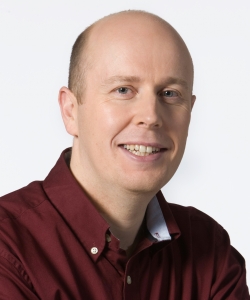 Colin is a native of Wexford and lives in his home parish of Rathangan. He is passionate about Wexford and giving back to the community. He previously Chaired the Board of the Technological University of the South East and partnered, on behalf of Microsoft, with the Irish Development Authority, American Chamber and Enterprise Ireland.

Colin was one of the keynote speakers at Techovate in 2012 and was subsequently invited to join the board. His shared passion for Wexford and developing social, entrepreneurial and business opportunities, aligned with the values and the vision of WEC, have been a driver of his involvement with the organisation. Colin has seen many, including himself, move away from Wexford to seek opportunities and believe the work of WEC and its partnerships with local organisations can inspire and create new opportunities locally that grow, scale and graduate from WEC. Colin has led the development of the WEC strategy and vision on behalf of the board. Colin is also involved in helping a number of local community groups/clubs including the GAA (past Coiste vice-chair) and Soccer club (past Chairperson). 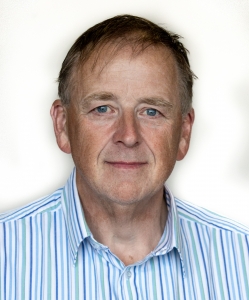 Philip Scallan is the current chairman of the Freight Transport Association Ireland since May 2019. The organisation represents the professional companies in the freight and logistics industry. He is also founder and director of PDBS Solutions, which focuses on advising family-run businesses and independent companies to plan, optimise and develop their companies. Previously he acted as Operational Manager for Berendsen, UK after serving as CEO of Celtic Linen, Wexford for 27 years.

He received his primary third-level degree in electronics from Carlow Institute of Technology and then went on to study at the University of Derby. He later completed the Senior Executive Programme from the Irish Management Institute.

Philip is active in the Wexford community and has been a volunteer with Wexford RNLI since 2007. 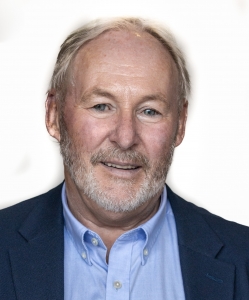 Dr. David Dempsey is Country Leader and General Manager at Salesforce Ireland.  Though residing in his native Wexford, he works from the company’s Irish headquarters in Dublin where David leads the company’s 2,000+ workforce in Ireland. Additionally, David is Salesforce’s Senior Vice President for EMEA Corporate Relations and sits on the Salesforce European Leadership Team.

Dr. Dempsey is an original co-founder of Salesforce Europe bringing Salesforce into Europe in 2000. Under David’s leadership he has overseen the growth of the European, Middle East and Africa (EMEA) division of Salesforce from a three person Irish start up to a pan-European business with offices across Europe including regional hubs in Dublin, London, Paris, Amsterdam and Munich.

Prior to establishing Salesforce EMEA, David held executive positions at Oracle, in both the UK and at home, including nine years spent as Head of Ireland Consulting Services. David is a certified Member of the Institute of Directors and has both an MBA (2005) and DBA (2015) from Waterford Institute of Technology. His recent book, Industry Trends in Cloud Computing was published by Palgrave MacMillan in 2018. 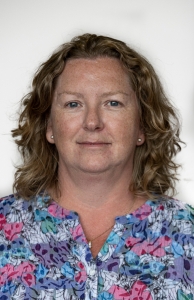 Dr Grainne Pinaqui is a Wexford native, growing up initially in New Ross and then moved to Rosslare as a teenager. She graduated as a medical doctor from Royal College of Surgeons in Dublin in 1996 and subsequently worked in many hospitals in Dublin and in Co. Wexford whilst training to be a General Practitioner. She moved back to Wexford full time in 2002 and is senior partner in The Faythe Medical Centre in Wexford town. Grainne plays an active role in local Continuing Medical Education (CME) and has been a past treasurer of the local faculty of the Irish College of General Practitioners and has also served as secretary to Co. Wexford Clinical Society.

She joined the board of WEC in 2016 and sees her role as helping to identify the social needs of members in our community and then using her skills to help the board develop and implement projects to help combat marginalisation and disadvantage.

Brendan Wallace
Board Member
Brendan is a consultant engineer in international manufacturing with over thirty years’ experience. With California Pellet Mill, an Iowa based machinery manufacturer, he was manager of the European manufacturing division in Wexford. With John Jackman Engineering of Wexford, he was a designer of pressure equipment and international sales representative and he was a site manager with Alsthom-Atlantique, a main contractor of power generation stations.

Brendan is also a public lecturer in physics and serves as a private tutor in mathematics, physics and engineering at second and third levels.

He has volunteered extensively with local field sports and sailing clubs. 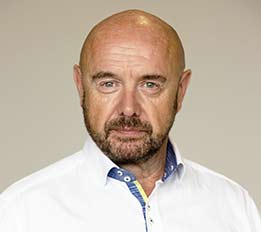 In his position as Group Chief Executive, he nurtured and supported the creation of over 100 SME companies employing over 1500 staff throughout Co. Wexford and alongside with a number of semi-state organisations and local authorities, is currently involved in the regional economic development for the Southeast. Together with his Board, Brendan developed one of Ireland’s largest and most successful Innovation Hubs and created social enterprises within the fields of business development, data management, environment, enterprise education, technology and international trade.

Prior to joining the leadership team at WECG, he held senior managerial appointments in a number of national and multi-national companies. He is a member of the Marketing Institute of Ireland and together with Enterprise Ireland, was a founding member of The South East Enterprise Centre Association (SEECA) and The National Association of Community Enterprise Centres (NACEC).

He is a strong advocate of supporting marginalized and disadvantaged communities through the development of social programs supporting disability, mental health and social inclusion. 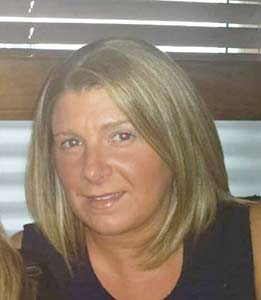 With over 20 years’ experience specialising in Operational and Project Management, Liz Breen is the organisation’s Operations Officer.

With an extensive background in Information Management and Data Protection, Liz has been responsible for the assessment, implementation and delivery of some of Ireland’s largest and more complex Data Management contracts.

Leadership, strategic implementation and attention to detail are core to Liz’s achievements within our Organisation. Responsible directly to the Group CEO, Liz leads a team of motivated, professional and conscientious individuals who together push the boundaries of social enterprise and equality.

In accordance with Covid-19 Government Guidelines effective from June 2, 2021, Wexford Enterprise Centre is once again open to the General Public Monday through Friday from 8:30am – 5pm. Temperature Checks at Reception and the wearing of Face-coverings at all times will remain in operation. The Centre Point Cafe is open Monday through Friday until 3pm for take-away service. We thank you for your cooperation. Stay Safe.